Saturday, August 29, 2015 - The Brockville Country Club held a Mixed-Member Golf Tournament Saturday August 29, 2015, a tournament which hasn't been played at the BCC in a number of years. A great group of some 64 members attended with a 50/50 split between ladies and gentlemen members. There were lots of prizes; both draw prizes and prizes based on scores. 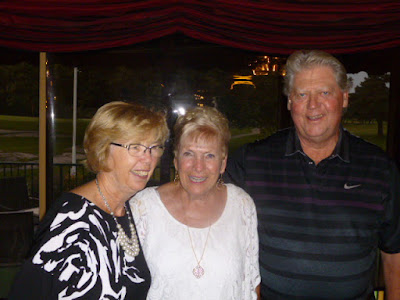 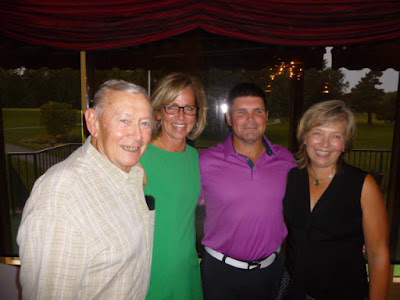 Coming in second overall was the team of (from l to r): Wade Johnson, Jennifer Harvey, Ted Broome and Roberta Riddell. They shot a 63, also a great score.
Following golf everyone was served a super meal in the main dinning room of salads, a pasta buffet with shrimp, chicken and all the fixings and a dessert buffet. Music from a play-list on a computer through the club's speakers was available for dancing after dinner.
The event was organized by Sandi Stewart with her committee of Linda Lumsden, Ted Clayton, Alain Dumont and Carson Kilpatrick.
Congratulations team in organizing a great event. Let's hope the Mixed-Member again becomes an annual BCC golf tournament.
Posted by BCC at 5:00 AM