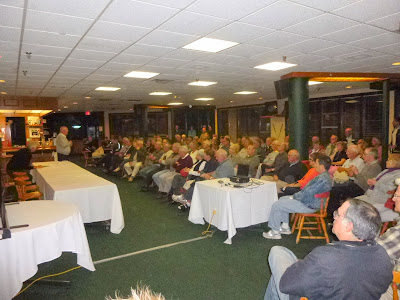 The 100th Anniversary Legacy Project will see the Driving Range and Practice Area upgraded into a 1st class facility. With solid support from the membership, construction can start this fall on a portion of the project. The Legacy Project will be funded by member contributions and special fund raising events. A grant request has also been sent to Canadian Heritage and if successful will enable all aspects of the project to proceed.
Next year, 2014, is the Brockville Country Club's 100th Anniversary.The Anniversary Committee is planning a number of projects and events to celebrate this milestone and to leave a lasting legacy in keeping with the Club's heritage, starting with a New Year's Eve Gala. After all, a 100 year anniversary only comes around once!!
Posted by BCC at 12:26 PM No comments:

The next Dinner/Show/Dance in the Brockville Country Club's main dinning room is planned for Saturday, November 16, 2013. And it has the makings of a real fun evening. Music will  by "The Memory Makers" with vocals by A.J. Benoit and Trisha Herbison singing all the favourites from the "Rate Pack Era". They will be accompanied by pianist Mary Ross-Comstock and percussionist Billy Bosworth. 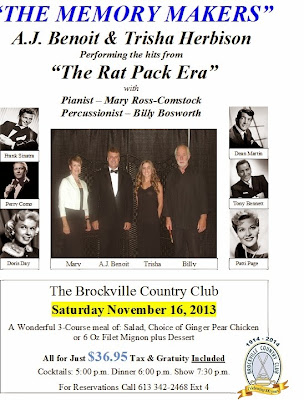 Our BCC staff will again serve up a great meal with main course options of Ginger Pear Chicken or 6 Oz Filet Mignon. And all for just $36.95 tax & grats included.
This will be an exciting and entertaining evening so get a gang together and come join the fun. Give Matt a call (613 342-2468 ext.4) or drop into the office and book your place at the BCC's November 16, 2013 Dinner, Show and Dance.
Posted by BCC at 1:45 PM No comments:

A Dinner/Show/Dance was held at the BCC Saturday evening, October 5, 2013, in the Brockville Country Club's main dinning room to the music of Spencer W. Evans and his son Oscar of Kingston. Spencer played soft background music during dinner then put on a great 2-hour show that had many up and dancing. It was not a large crowd, but a good crowd. Those that missed the event missed a fine performance. 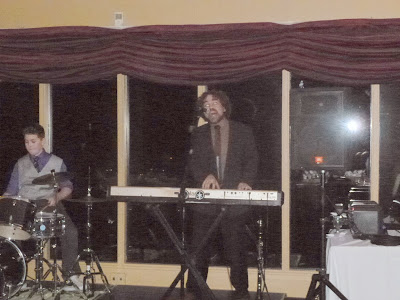 Spencer is an accomplished Keyboardist, Clarinetist, Accordian Player, Singer, Band Leader Recording Artist, Composer, Arranger and Entertainer. His son Oscar had an accident last year and is now mostly blind. Very tragic but his blindness has not slowed Oscar down in accompanying his father on the drums. Spencer has toured across Canada, the U.S. and Europe. He has performed at the Royal Alert Hall and played the Jay Leno show featuring his Clarinet. He has recorded with many artist such as Bruce Cockburn and Tragically Hip. 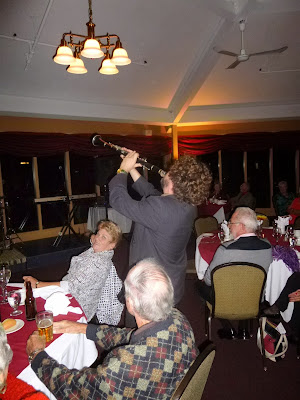 As expected, our BCC staff served up a very good meal with choice of Wiener Schnitzel or Chicken Kiev. It was a fun and very entertaining evening. The next Dinner/Show/Dance is scheduled for Saturday November 16, 2013 in our main dinning room with 'The Memory Makers" (A.J. Benoit, Trisha Herbison, Mary Ross-Comstock & Billy Bosworth) singing all the great songs from the "Rat Pack Era". Don't miss this one as it will be an exceptional evening!
Posted by BCC at 6:09 AM No comments:

The Brockville Country Club held its Swing & Sweep, Saturday October 5, 2013 with great ice and super golf conditions. Sixty four (64) players took part with each team playing two (2) four-enders in the morning. A lunch was provided, then it was off to the golf course. 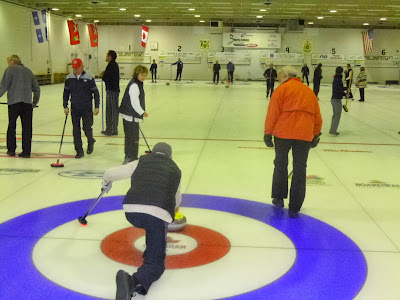 Starting at 2:00 PM the Swing & Sweep players took to the golf course for nine (9) holes of golf. Looks like a fine team below! 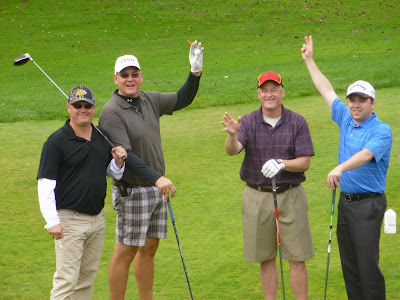 Following golf everyone congregated in the golf lounge for a tasty chicken & rib dinner by our BCC staff (who were also catering a Dinner/Show/Dance upstairs in the main dining room). This year's Swing & Sweep was well attended and well organized. Thanks to Jon O'Reilly for organizing a great day.
Posted by BCC at 7:00 AM No comments: 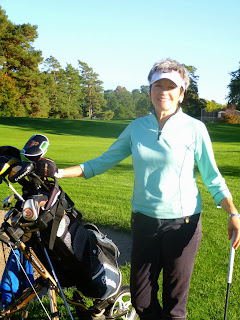 Then it was off to the Senior Ladies British Open Amateur Championship played September 17-19 at the storied Royal Portrush Golf Club, also in Northern Ireland.
When Teri was asked what she thought of the experience, she replied, "Northern Ireland is a beautiful county and has great people. The weather on the other hand was a very different experience. Both tournaments were plagued with gale force winds and torrential rain with the British shortened to 36 holes. Links golf is a different game, great fun .. you have to be creative and stay out of the fescue and pot bunkers. You learn to take your lumps and just get the ball back in play".
Teri ended up 27th overall in both events in the field of some 100 competitors. On the final day of the British, Teri was low Canadian and 5th overall. Great playing Teri. 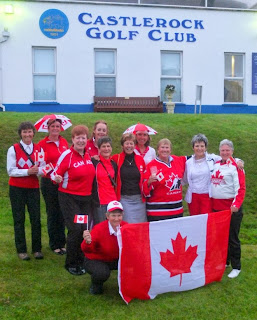 Teri further explained; "This was my first trip to Northern Ireland. It was a no brainer for me to go. I love the game and the competition. I guess you could say golf is my passion."
It sounds like a great trip. Congratulations Teri in representing yourself, Ontario and Canada so well at both the Irish and British Senior Ladies Amateur Championships.
Teri, seen second from right with other members of the Ontario contingent.
Posted by BCC at 6:54 AM No comments: