December 31, 2013 - The Brockville Country Club was the scene of a wonderful New Year's Eve Gala that brought in 2014 and the Club's 100th Anniversary Year-Long Celebrations. 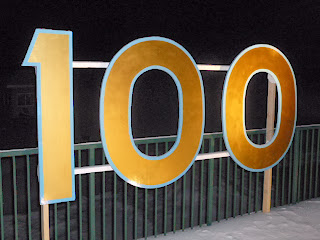 Two hundred and twenty (220) members and guests attended. A "Sold Out" crowd! The main dining room was full; the board room was full, and the curling lounge was full. The organizing committee, chaired by Linda Lumsden, tied it all together by beautifully decorating all sections with black & white table settings, shimmering icicles and balloons. 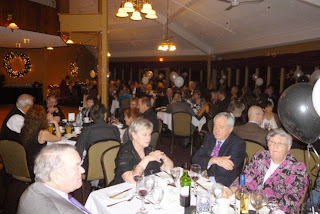 Chef Jason and his kitchen staff prepared a superb 3-course dinner and Emily and her staff did a fantastic job of serving the meals to all table locations spread throughout the club. Following dinner we were entertained by Tim Hallman and his band which also featured Cliff Edwards of "The Bells" fame. Speakers were positioned around the building so that all areas were in the swing of things. 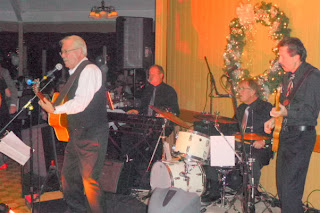 The BCC was rocking. It was a wonderful evening and the New Year's Gala was a great way to launch the Club's 100th anniversary celebrations. The next Dinner/Show & Dance is January 18, 2014 in BCC's main dining room. Check the flier below; sign up early and don't miss what will be another exciting event as we celebrate BCC's 100th.
Posted by BCC at 10:27 AM No comments: