Sunday, August 17, 2014, Brockville: The 2014 Brockville Country Club Championships were played over the weekend with winners established Sunday evening. The Men's "A" Club Champion after 54 holes played Friday, Saturday and Sunday, August 15 - 17th is Mike O'Reilly with rounds of 74, 74 & 75 for a 223 total. The 2014 Ladies Club Champion is Leigh Ann Ellis shooting a 75 & 82 for a total 157 for the 36 hole ladies championship played on the Saturday and Sunday. The Ladies A+ Champion is Lucy Pouliot. 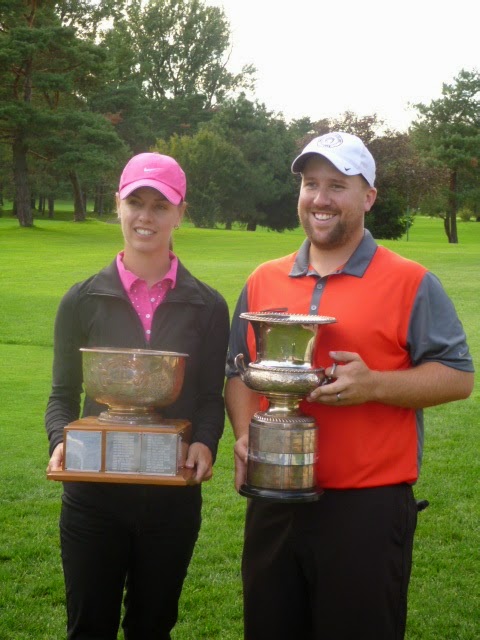