The Brockville Country Club held its 2013 Club Championships the weekend of August 16-18. One hundred & two members turned out on a beautiful weekend to vie for the various categories. The "A" flight was the best of three rounds played Friday, Saturday & Sunday. All other flights were of 2 rounds played Saturday & Sunday. And there was lots of drama. The Overall Men's Club Champion wasn't determined until three play-off holes were finished. And we had a HOLE-IN-ONE. Yup, Brian Harper got his first-ever hole-in-one on #9 using a 9 iron while playing with Jason Easton and Kent Swirsky. Congratulations Brian.
BCC Club Championship Results with total score in brackets:

CONGRATULATIONS to all who played in our 2013 BCC Club Championships.
Posted by BCC at 6:15 AM No comments:

Just a week to go until the last of this Summer's Summer Series of Dinners & Shows is being held in BCC's "Granite Hall". This Saturday, August 24th, is the A. J. Benoit Variety Show II. We have a great turnout, but there is still apace available. So check with the BCC office first thing Monday morning and book your tickets to what will be a fine meal and great entertainment. 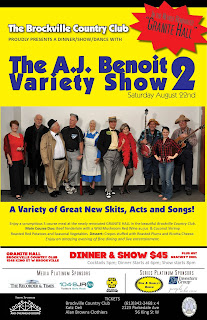 Come join the fun! Support your Club by attending the A. J. Benoit Variety Show II this coming Saturday the 24th. Invite some guests, and let them experience a great night of fine dining and entertainment in our "Granite  Hall", before the ice goes back in. Looking forward to seeing you all there!.
Posted by BCC at 3:24 PM No comments:

The Brockville Country Club's Intersectional Junior Team successfully travelled the long road into the finals held Tuesday, August 13, 2013 at eQuinelle Golf Course in Kemptville. To get there our junior team had to get past Smith Falls, eQunelle and Prescott teams in the 1st round hosted by the BCC. Then in the Semi-finals our BCC team went against Rideau View and Greyrock with Rideau View winning over the BCC team in a playback. But the effort qualified our BCC team to play in the "Finals" against Rideau View, Mississippi and the Hunt Club with Rideau View coming out on top. 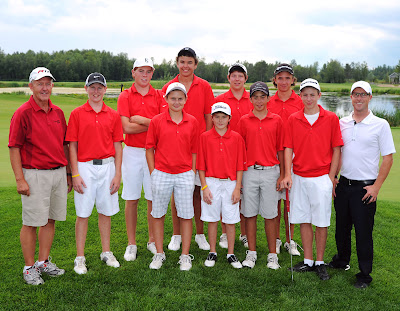 Do you sometimes wonder what our staff are doing on a busy day at the Brockville Country Club? Well take Wednesday, July 31, 2013 as an example.
The day opened with two (2) breakfast events; one being Rotary and the second Brockville Business totalling some 50 people served. Then BCC staff cater a luncheon for a about 20 for a member and his guests. 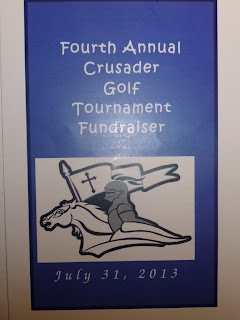 Next up was the Fourth Annual Crusader Golf Tournament. The tournament catered to 108 golfers, all saddled up with carts ready for a 12:30 shotgun start. Then when the golf finished and many partook of the BCC's bar service, staff catered a tournament dinner for some 130 in BCC's main dining room.


Now that all sounds like a bust day! But is wasn't done yet! Being catered in the Club's Granite Hall Wednesday evening was the fund-raising Gala for the Kids of Belarus organized by Dave Shaw and his many supporters. Organizers decorated the Granite Hall in spectacular fashion and the stage was set up for a live show by many of the visiting Belarus children. For the evening, BCC staff served a fine dinner to some 190 guests. That totals over 400 guests in 5 different venues served formally throughout Wednesday July 31st.. 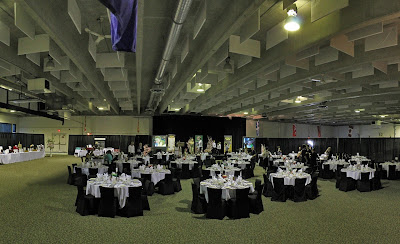 CONGRATULATIONS BCC staff for a superb effort in catering to so many of our members and guests. Job well Done!
Posted by BCC at 7:24 AM No comments: